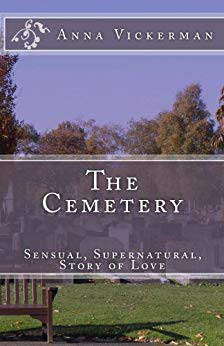 A Sensual, Supernatural Story of Love

A grieving widower has a life changing experience when he visits The Cemetery. His Positive self and his Negative self are warring, with Negative becoming dominant. But, finally the man decides to ignore the Negative persona and start to live the rest of his life.

What effect will meeting Julia and Alex have on him?

When Jamie Chambers' wife Madeline died from cancer at the age of 44 his world collapsed.

For a year he battled his grief and managed to appear as if he was coping, but he wasn’t.

As the first anniversary of Madeline’s death approached he finally realised that he had to be more positive and force himself to face the future without her.

Jamie visited the cemetery where Maddy was buried looking for guidance and inspiration.

What happened on that day changed his life forever...